Amongst the natural calamities earthquake is much dreaded and man has been trying for centuries to combat this cataclysmic act of nature. If not avoid it but we had surely been trying to minimize the after affects of it. Canada is one place that does fall into earthquake zones. Vancouver and Toronto had been the target of such calamity. Fortunately the present day technologies are able to determine the forces that earthquake puts on any building and how the stress can be curtailed. What can be done is to install precautions and safety measures as much as can be possible to cut down on the loss.

Its an actual law in most countries around the globe to install the seismic building design which can quench the effects of first or second degree forces associated with the earthquake. It is true that any calamity has devastating after effects and the damage is sometimes serious enough. But when it comes to natural hazards or earthquakes they cant be some serious game changers thus it is immensely important for any country to start making earthquake resistant buildings.

Amongst many reasons that demand this change few of the main causes are as following: 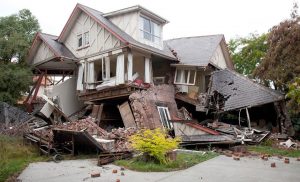 Once the earthquake affects any building first to be known that it is not the earthquake but the seismic forces associated with it that demolishes or collapses the whole building that can cause troubles or any loss. Building crushing down is one loss that can be fixed back but the loss of life can be devastating forever. Thus it is important to adopt the idea of earth quake resistant buildings to avoid any bigger losses.

The countries economical value is generated by its strong infrastructure thus it is one reason why it is important to install the earth quake resistant buildings as once they are effected by it you’ll have to make a building again and the loss becomes unbearable and shifts the graphs opposite. 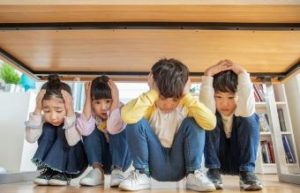 Natural hazards don’t give any warning alarm before coming thus it is important to take precaution. Getting the building or house made that can resists earthquake impacts is better than the regrets later.

Who said installing the structure that will resist the effects of an earthquake is going to be easy or inexpensive? This whole deal can be quite cost-effective if we look at the bigger picture. Earthquake resistant buildings can cut down on life risks and building destruction risks that may demand more money. 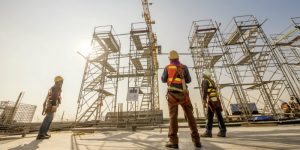 For anything to last longer you need to put in certain quality ingredients. Natural disasters can’t be stopped but from any building to stop losing its life it is important to use quality material. Despite of the fact that the construction steel and concrete build skyscraper buildings but upholding 100% guarantee against the natural disasters is still a quest. It is also one reason we need to head on towards earthquake resistant buildings for the infrastructure to last a lifetime for which many companies like Briks Construction had been improving their quality constructions every day.

We make house for safe living. It is one place that we feel safe within regardless of anything but the calamities can’t be stopped. It is better to install infrastructure that promises safety on a greater scale even against earthquake.

Fortunately the emerging technology can finely determine the forces a building goes through during an earthquake, amongst the finest engineering fall the state of Canada as well and the leading companies like Briks ca. use the material that can counter act them to avoid any misfortunes or issues such as mentioned above. Engineers in high-end firms evaluate the ground response of building to develop the framework with supporting horizontal and vertical alignments to ensure that your home remains safe place to live. Over years the improving structural demand has lead the engineers to finally discover how to make the structure more impervious to earthquakes.

No comments to show.